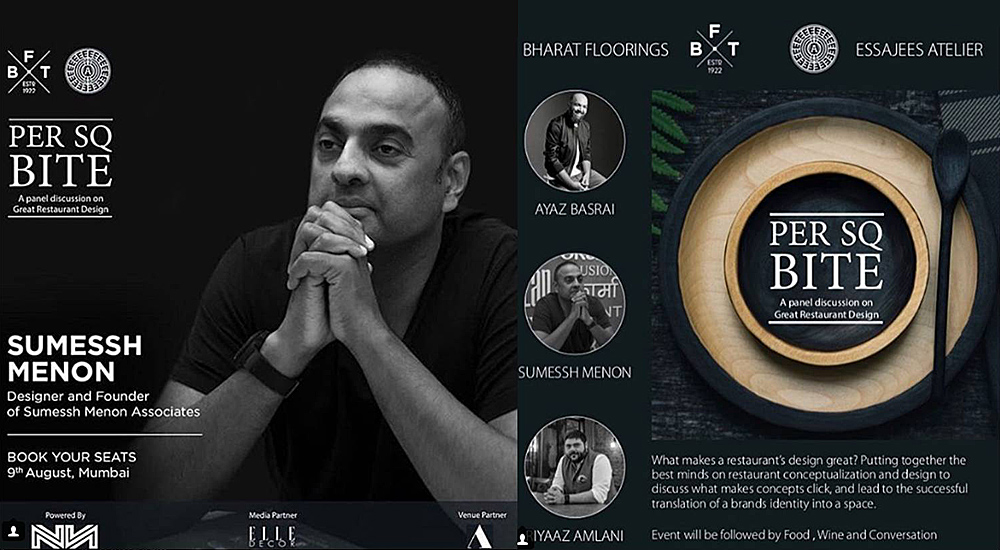 With a vast experience and an efficient team, Sumessh Menon and associates are one of the best interior design firm Mumbai. They are focused on creative approach while designing theme based restaurants, cafe, pubs and hospitality projects.

Being invited on lots of panel discussion, Sumessh Menon loves to share his knowledge about restaurant interior designs.