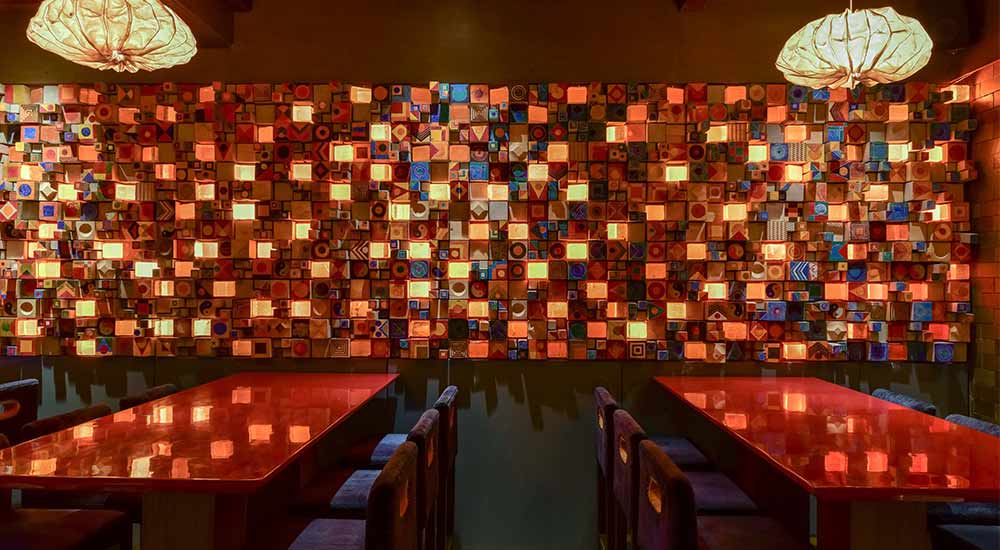 If architecture was a person, it would definitely be a woman. And just like any woman, its beauty and sensuousness goes beyond the cosmetic exterior. It lies within.

And this extends to interior design as well. Creating spaces that look fancy is no longer enough. For a space to be truly beautiful and memorable, it needs to be sustainable, practical and true to its location. After all these years of experience, (and keeping mum about my thoughts!), I am ready to share my views about interior design trends that are super hits and completely doable, and others that you can blindly ignore! 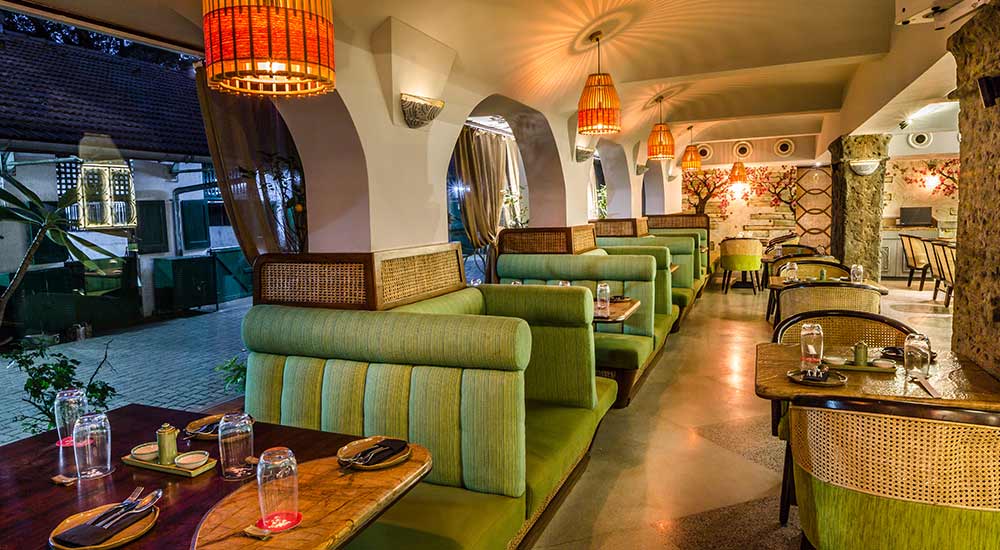 1. Designing spaces that fuse with the architecture

A restaurant housed in a period building deserves a décor that fuses with its beautiful bay windows, archedceiling and if you are lucky to have those stained glass windows, it would be a shame if you don’t factor it in the design. In fact, I think it’s a crime to tamper with such gorgeous original structures.

Even for a restaurant like Keiba, where the décor has a distinctive Japanese influence, we retained the 100-year old architectural details like the vault ceiling and subtly fused the Japanese design influences. The fusion is bold yet so charming and we’re told this so often!

In fact, wall arches, skylights, vault ceilings, etc all remind me of the meat packing district in New York and take me back to my days of working in New York. I’d trade contemporary design elements for these any day. I am thrilled to be doing so at the new Koko we’re designing in Lower Parel. It’s all about arches here and its drop dead gorgeous! 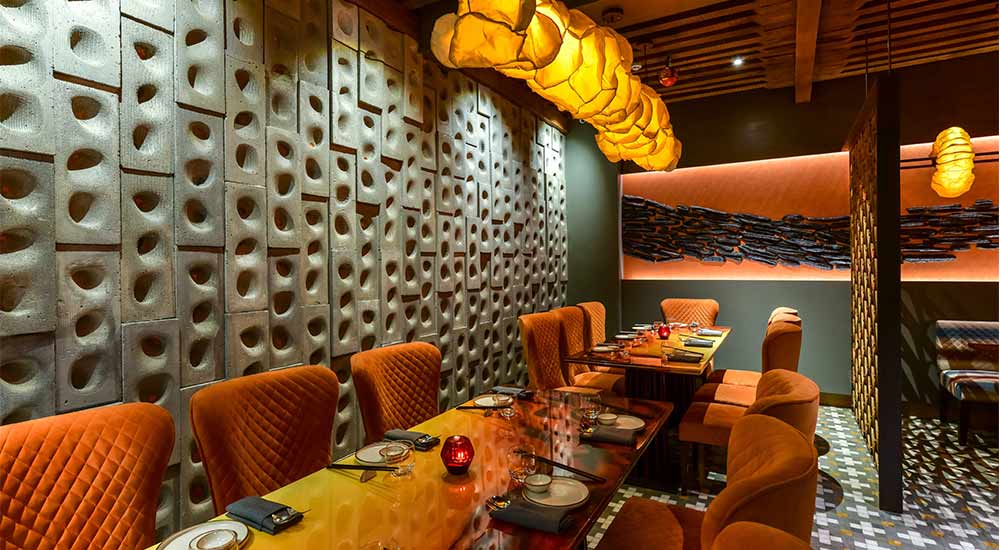 2. Using art as a part of the design

Add some life to your space with the use of art, or even better, make art a part of the space. Use art on chairs, make an art wall, embrace digital art, and use sculptural lights. Make.Eyes.Pop. We have a lot of creativity out there, let’s use it.

As a firm we use art from upcoming artists from JJSchool of Art and love using different forms of art. Right from the wire mesh shadow art at Koko to Sephorix art, art in wood, fabric, etc we have explored it all and look forward to many more experiments in the coming year. 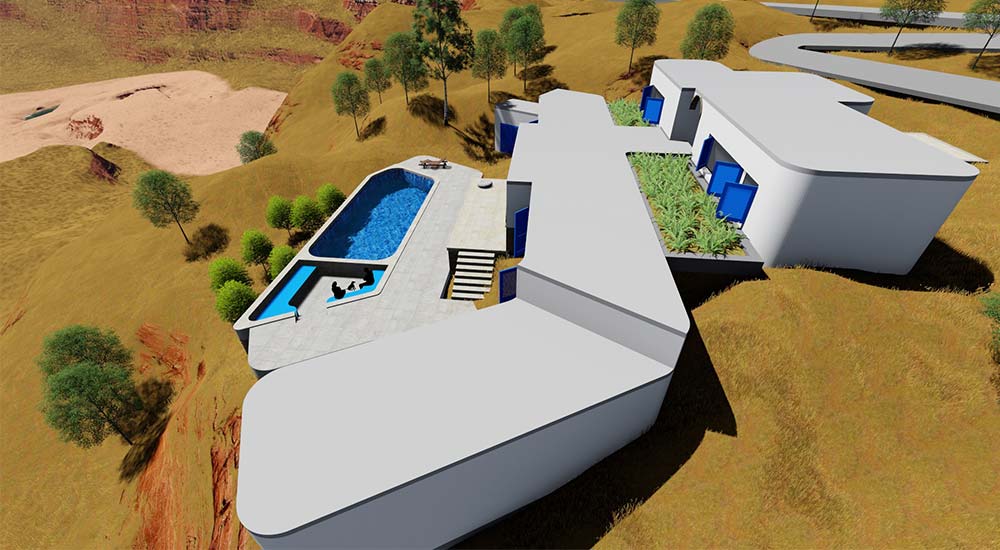 3. Designing in tune with nature

Nature is the guiding force of design and any attempt made to defy it will always pose major challenges. It’s always best to design in tune with nature and that’s a trend I know will never go out of fashion.

In a home we are designing in Pawna, we have maintained the contours of the hill and as a result, each room is at a different level, and has a breath-taking view. We brought in the blues from the Pawna Lake and the whole house has a gorgeous Santorini flavour that fuses marvellously with the surrounding landscape. 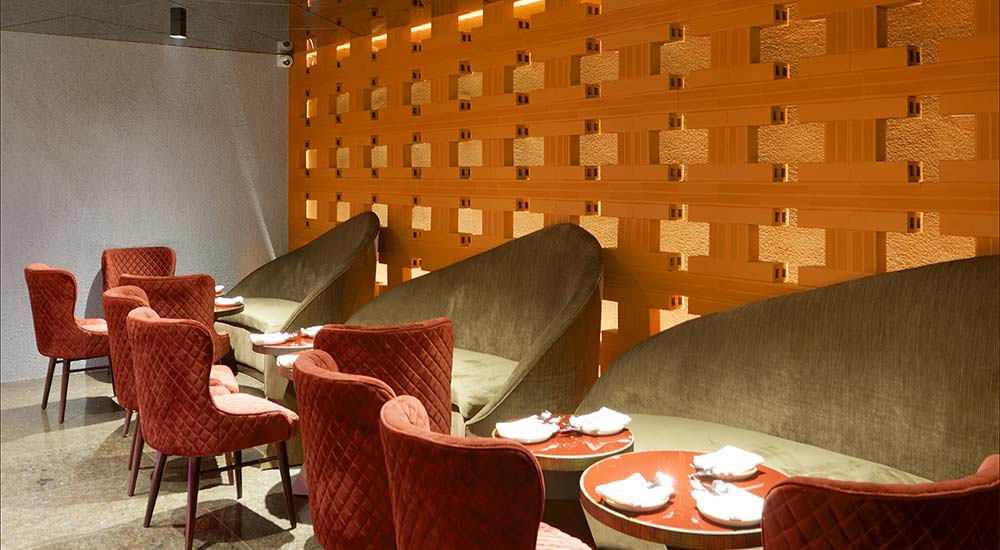 4. Using ergonomic furniture that fits the design language of the space

I’m sorry but I cannot have a meal sitting on a hard wooden chair I keep slipping down from. I want cushion, and I want to be comfortable when I am eating, sleeping or for that matter lounging and watching television. Ergonomics isn’t only for the office. Please give minimalism a miss here.

Bring in plush comfortable seating that doesn’t challenge one’s spine! All our furniture is sourced from Indian furniture designers and we love the talent that’s blooming in our country. Can put Italians to shame. 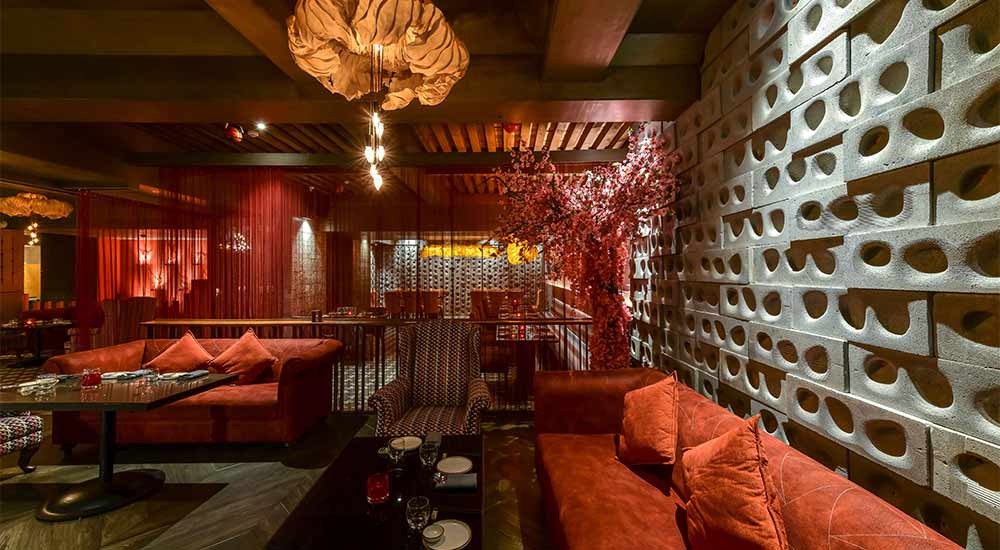 5. Using flooring to segregate spaces and their purpose

I love the trend of having no boundaries! With social media if there are no boundaries between personal and professional life, why should your home or restaurant have these? Open out the spaces, and if you want to segregate the formal from the informal and the private from the public, use flooring.

Mix and match a plain with a pattern, a rough with a smooth and see visual barriers cropping up. Terrazzo is my hot favourite recently. I use it liberally, using different colours, fusing new colours, adding metal inserts. Custom made, natural and full of character. 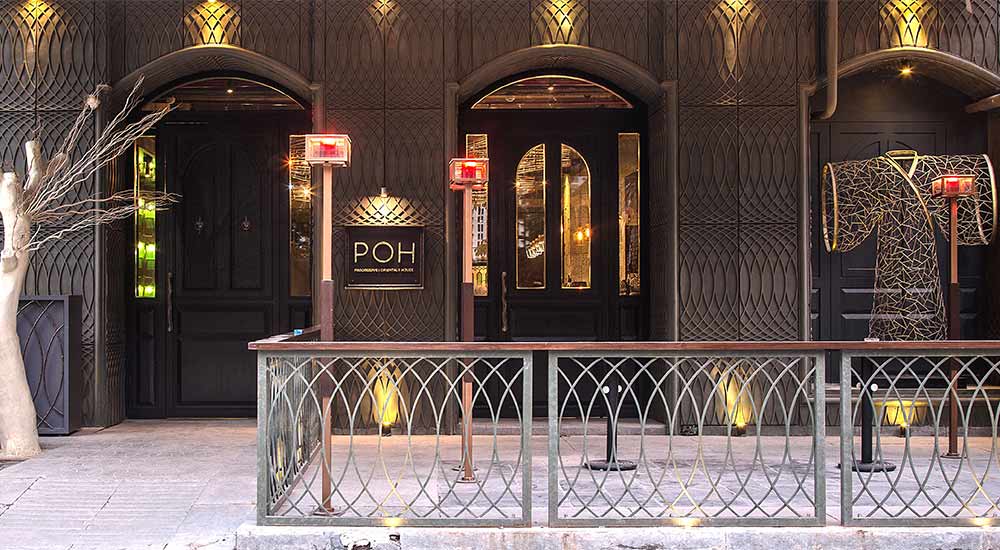 6. Experimenting with material in its raw form

Concrete. It’s such a beautiful material that looks lovely in its raw form. Mould it, use it on the ceiling, the walls, make jaalis out of it, the possibilities are endless. Same goes with metal, raw wood, etc. Almost each site of mine uses concrete. I also love using sheet metal, copper and brass that we let patinate on its own.

And now to the interior design trends that I just don’t get. No offence to anyone, these are completely personal views! Also, if you see these in any of my projects, just know that it was the client’s idea!

1. Using too many colours

Yes, we all like spaces that are peppy and that cheer you up but using all the colours on the Asian Paints shade card isn’t the solution. Use light, use texture, use shades, and use geometric forms. But please don’t use sixteen colours in one room. I beg you.

Yes, we all like spaces that are peppy and that cheer you up but using all the colours on the Asian Paints shade card isn’t the solution. Use light, use texture, use shades, and use geometric forms. But please don’t use sixteen colours in one room. I beg you.

I mentioned this earlier too and am saying it again. It’s really not comfortable to sit on a tiny coin sized stool, or have four people have a meal on a coffee table that can barely hold two plates. That chair with a minimalist back is not giving the spine enough support and is taking away from the experience. Be practical. Give space. Give comfort. He has a very sensuous style of design and his creations are bold yet sleek, and make an artsy style statement. He likes to individually conceive his designs and meticulously crafts the details of each so no two designs look the same.

Be it the some of the trendiest restaurants in Mumbai, record breaking lounges and bars or high end residences, Sumeesh Menon has made his mark across categories, design sensibilities and mastered the art of seducing through design.

Some of his recent well-known projects include restaurants and bars like POH, Koko, Keiba, Masala Bar and Trilogy 2.o.